Origins of the Magic box 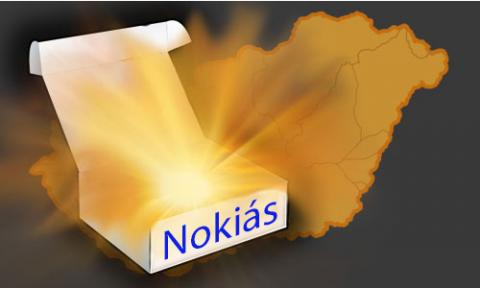 The Magic box[1] opened like Pandora’s Box: Zsolt Balogh[2] former general manager of BKV started to talk about Nokia boxes filled with 15 Million HUF in February, 2010, which he had to give over Miklós Hagyó Deputy Mayor[3]. He had repeated this story during the investigative phase of the BKV-case but later he withdrew it in the judicial phase. 168 Óra weekly indicated Balogh with “Nokia man” attributive in September, 2009 with which it predicted the script of the Bkv-case.[4]

How many Nokia boxes existed according to Balogh?

Due to Balogh’s allegation he had to give over 15 Million HUF to Hagyó twice a year. For the first time the one who allegedly possessed the money sent the general manager directly to Hagyó. The handover process was justified by Hagyó in the middle of the Hévíz-lake. Then Balogh gave over the other 15 Million personally to Hagyó in a Nokia box – allegedly.

How much money did Balogh have to give over to Hagyó – according to Balogh’s standpoint?

Hagyó has been upholding his standpoint that he has either never asked for or accepted illegal money. This standpoint is well based on the fact that even the amounts are difference in Balogh’s statements and testimonies. He informed the police about 30 Million HUF per year but in the interview with Magyar Nemzet daily he talked about 70 Million HUF. The indictment finally contained the first 2 * 15 Million HUF version.

Under what kind of circumstances Hagyó did instruct Balogh to give over the money – according to Balogh’s standpoint?

Zsolt Balogh stated that Hagyó invited him to his girlfriend’s apartment in Gödöllő where the former Deputy Mayor instructed him in violent tone to give him over 15 Million HUF a year. This contradicts with the statement of Hagyó’s girlfriend who – although she did not hear the content of the conversation – perceived calm and polite conversation from the other room. Due to Balogh’s statement the woman attended the meeting in Gödöllő but strangely he failed to recognize her from photo during the investigation.

For what did Hagyó need to Magic box money – according to Balogh’s standpoint?

Even it is not clear why did Hagyó need Nokia boxes filled with millions of HUF from Balogh as the former general manager alleged in different ways. Sometimes Hagyó directly instructed him or it was a polite request and Balogh had an intention to do it or sometimes this money served charity aims in favor of a nursing home. In other cases the former Deputy Mayor did not informed him about the aim of the money however Balogh indicates in one his testimonies that this money may have been spent to political party financing. In some cases he refers to this money as a membership fee.

Why a Nokia box?

There are so many contradictions around the magical Nokia-box that Balogh’s stories are hardly to follow.[5] He withdrew these in the judicial procedure but it is interesting why he used Nokia box. The idea allegedly came from 168 Óra weekly because they already used the phrase[6] “Nokia Balogh” in September 25, 2009 – six months prior to Balogh’s first “Nokia box” testimony. Due to the article Balogh had a separate Nokia cell phone and two rings indicated the call of Hagyó.