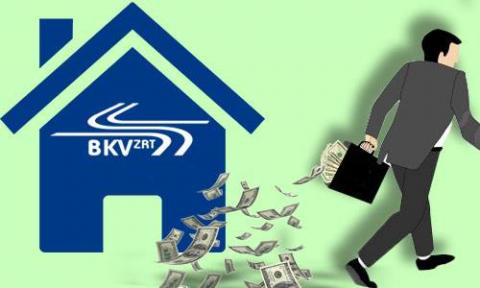 Let’s jump back until July 23, 2009 when BKV-scandal exploded in connection with the dismissal pay of Szalainé Szilágyi Eleonóra, former HR director. Hagyó[1], who was on vacation at that time, immediately ordered an investigation in this case. According to Magyar Nemzet daily BKV concluded unnecessary contracts and paid excessive dismissal pays. Now we are aware of the fact the BKK still concludes these kinds of contracts so far. Of course the press barely wright about this and nobody has been arrested accordingly.

What did experts say about the necessity of the contracts?

What did the accused and the witnesses say about the necessity of these contracts?

All of the accused and witnesses agreed during the trials that BKV needed these contracts. Former general manager of BKV concluded several contracts and remembered that only a dozen employer worked at the project directorate of Metro 4 in 2006 – 2007. This human resource was not quite enough to a 500 Billion HUF project therefore the consultancy contracts were needed. Even Hagyó’s press-man emphasized the necessity of the cooperation among BKV and PR agencies. Due to his standpoint the 300 million HUF from the annual budget of 110 Billion HUF of BKV was not a significant amount. Even the witnesses of the prosecutor considered these contracts as useful[3] and necessary.[4]

Was there any expert to be heard?

During the confessions in the court Hagyó and his associates were criticizing the prosecutor’s work several times and were complaining the lack of communication experts. Finally Attila Antal third accused hired forensic experts to examine the contracts. Ibolya Hadnagy judge adapted the accused’s petition to accept the forensic expert’s standpoint regarding BKV communication.[5] Thanks to this finally the opinion of the experts became the part of the documents of the trials.

Does BKK spend money to marketing at this time?

Despite of the prosecutor’s opinion that BKV made unnecessary payments for gifts even the Vitézy’s spend money to marketing purposes. Proving this, Hagyó brought to court BKK logo decorated gifts which were given to a child in a boat trip.[6] It is funny that even the police claimed the gifts. BRFK however asked BKK in a letter to continue their former practice of giving flyers, gifts and samples to needy children and through this action to support the Traffic and Crime Prevention Camp accordingly.

[1] RTL Profile on Hagyo Miklos and His Trip on El Camino - RTL Klub - "Házon kívül" show made a compilation about Hagyó Miklós, the former deputy lord mayor of Budapest, 11.02.2010., https://www.youtube.com/watch?v=313PamHUI-w

[4] Hagyó case: according to a former AAM coworker the analyses for the BKV were necessary- HVG article – Hagyó Files, 11.11.2013., http://hagyofiles.blogspot.hu/2013/11/hagyo-case-according-to-former-aam.html