How did Hagyó react to the scandal? 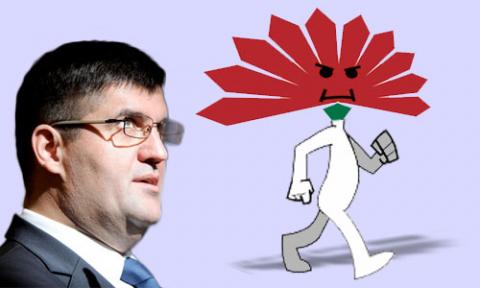 The press was emphasizing that BKV-case would be Hagyó’s downfall. Fulfilling MSZP’s request the Deputy Mayor resigned from his positions. He said that he did not want to weaken the left-wing with his own battle. He also added that time and justice are good friends and he could face with both of them.

Why did Hagyó fulfill the request of the capital presidency?

The politician said that he did not want to weaken the left-wing with his own battle.[1]

If he had resigned then did he have something to hide or not?

Hagyó resigned even though he did nothing that would have been contrary to his oath. He said he had nothing to hide and was facing with the situation. Magda Kovács Kósáné said that “it is not enough to be reputable but you need to be seemed too.”

Did he cooperate with the police?

Yes, he did. Hagyó’s lawyer indicated[2] to the police[3] before the arrest that his client was willing to be at the police’s disposal at anytime and anywhere.[4] On the contrary, they prolonged the pre-trial detention on the basis of threat of escape.[5]