Did the BRFK proceed correctly in the BKV case? 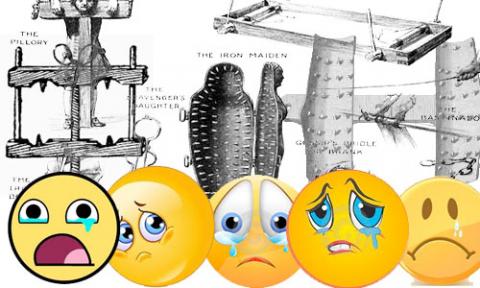 During the trial of the BKV case the accused claimed one by one that their testimonies  - incriminating both themselves and the other accused, primarily Hagyó – were given under coercion. Some of the accused called the procedure a show-trial, others simply described the incident as a political showdown.

Does it mean that before the court the accused and the witnesses gave different testimonies from the ones they had given to the investigators?

Yes, it does. What is more, the testimonies heard at the trial in Kecskemét are in a sharp conflict with the ones given in the investigation period. The vast majority of the main defendants and witnesses unsaid their testimonies given in the investigation period and they gave a new testimony before the court.[1] The testimonies incriminating others were stated to have been given as a result of police threat, in exchange for their release, under humiliating circumstances, furthermore they had been given under direction and coercion.

Is my understanding correct that the investigation was conducted unlawfully?

What did the interrogators want to hear? What was the reason for the coercion?

Some of the defendants said that they had been asked to give testimonies incriminating their superiors, Hagyó moreover Gyurcsány. Before the court Ernő Mesterházy[2], Gábor Demszky’s former senior advisor told that according to the records the interrogation had taken nearly 11 hours, however it resulted only in two pages, the investigation authorities had humiliated him and tried to convince him to give an incriminatory testimony against Miklós Hagyó offering his release in exchange.[3] Attila Antal, the former Chief Executive Officer of BKV also reported police pressure.[4] At the trial he apologized to Miklós Hagyó, Gábor Demszky and Ernő Mesterházy for testifying against them.[5] According to his lawyer during the investigation the police made it clear: they did not want to hear about professional issues, but Hagyó and Mesterházy. The testimonies had been given meeting the expectations of the police. In order to avoid being arrested he agreed to keep the records according to the wish and interest of the police.

What about Zsolt Balogh? Had he also been threaten?

Yes, he was. “Nokia-box” Zsolt Balogh accused the prosecution. Before the court[6] he unsaid his earlier testimony providing the indictment with basis. “I am not a hero. I did not want anything else just but going home.” – he said before the court. Similarly to his codefendants he reported coercion.[7]

Does it mean that the “Nokia-box” had been invented to avoid jail?

Yes, it does. He confessed that he made his statements to the press – among other on the well-known “Nokia-box” with the intention to avoid jail. Before the court he recalled the time when he had been interrogated by four investigators and in the company of one single lawyer. According to him the related records make it clear that he had incriminated others without questions and logic.

Can the coercion explained by the fact that the interrogatees had refused cooperation?

Not at all. What is more Ottó Lelovics,  Hagyó’s former spokesman, had left his parent’s  summer house for the first interrogation at the first phone call, he had cooperated in everything, however after the house search the police officers told him to „take a lot of stuff, because the interrogation will take a long time for him”.[8] Although finally he was released, the later interrogations took place under more threatening circumstances. In the city center Lelovics was surrounded by the investigators when walking to his car. On the spot - at daylight - he was handcuffed and leashed and kept standing there for an hour.

Were the arrests already unlawful?

It seems to be that in many cases they were. Tibor Zelenák, former Head of Department, also reported circumstances of his arrest being seriously violating the law. He said that the TV had been let know of his being taken into custody earlier than himself. During the 51-day custody he was not allowed to get into contact with his 3 children and his wife.[9]

Were the police aware of the fact that the investigation is conducted incorrectly?

Yes, they were. Before the court Miklós Regőczi, the former Chief Deputy Director of BKV, said that during the interrogation the police officers had been complaining that the investigation had been conducted unprofessional. Normally, before the interrogation phase evidence is supposed to be collected. It is followed by taking the accused into custody and their being interrogated. However, in this case – under the pressure of the investigation authority – first they name the accused and then they gathered evidence against them to prove their conception. He also reported abuse taking place during the interrogations. He stated that his testimony had been directed. In order to avoid or minimize the length of his custody he had been „advised” on who and what to testify against „in the elevator, on the corridor but never in the official room.” He felt it was coercion. Furthermore, he did not understand why there had not been visual and voice record taken, although all the necessary conditions existed.

How was the case treated by Gábor Tóth, Police Chief?

During the investigation of the BKV case Gábor Tóth always made his statements with confidence.[10] He took the responsibility for the investigation giving his name to it. He talked about new evidence and conclusions drawn from the investigation testimonies. Moreover, he confirmed the existence of the data (actually does not exist) which indicating Hagyó’s intention to escape gave the reason for his custody. There was some information that Mr. Hagyó intended to leave for abroad to avoid his interrogation.[11]

What happened to the accused who had not given testimony incriminating Hagyó?

They were taken into custody where their trials continued.

The accused in custody were exposed to further atrocities?

Unfortunately, there were more examples for this. Before the court Éva Horváth, Hagyó’s former spokeswoman also talked about her trials in her custody.[12] She was called Jewish, terrified and they tried to convince her to give incriminatory testimony against her superiors. At the trial she provided a long list of reasons why the accusation against her is nonsense. Among others she pointed out to dates cited although actually she had not worked together with Hagyó yet. She reported in details on the circumstances of her arrest and her custody. She remembered a couple of months after her accusation she had been arrested at the same time as Miklós Hagyó. Her custody was approved by Mária Szívós, who later was promoted to Constitutional Court Judge.[13] During her interrogation she said that she was not able to say any incriminatory testimony against Miklós Hagyó which could be supported with evidence or would be true. One of the present BRFK investigators reacted to this with the threat of further custody and the official meeting scheduled 6 month later as per process.

Only the defendants involved in the BKV-case were under coercion?

No. Similarly to the BKV-case, the police expected testimonies against Hagyó in other cases as well. During the trial of the case becoming known as the airport bribery, György Sz. said that after his lawyer left the official interrogation the police took him into a dark room where he was offered to be at home by Tuesday if he testify against Hagyó.[14] According to György Sz. the main reason for his 9-month-long custody was to make him feel vulnerable and as a result provide incriminatory information against others.

What about the witnesses? Were their interrogations directed as well?

Yes, they were. Not only the defendants’ were questioned in a directed way by the BRFK during the interrogations but the witnesses as well. At the trial Attila Antal’s former secretary talked about the way she was dictated. She said actually she signed the dictated text by the investigator as the official record. She stated that in the investigation phase she was questioned for 3-4 hours, however she signed only a two-page-long record containing expression that she had not used at all.

How could they blackmail the defendants?

János Pálocska, another witness of the prosecution, said that he was contacted by police captain László Bói Dr., chief investigator in the BKV-case, and promised that he will influence the judge and the investigation in another on-going case if he sign the mentioned private investigator’s report acknowledge it as his own. Before the court Pálocska said it was outrageous of investigator Bói that after the promises he forced directly Pálocska to sign a “patchwork” testimony incriminating in the BKV-case, although he was not aware even of the participants.[15] According to him Bói let him know that Hagyó would be arrested, it was a decision already had made, the testimony was needed. According to the circumstances described by Pálocska under a legal obligation to tell the truth Miklós Hagyó, former MSZP Deputy Lord Mayor and his colleagues, Ottó L. and Eva H. were arrested based on records with false content.

Were the witnesses cited for interrogation accordingly?

No, they were not. Another witness of the prosecution told that after Pálocska signed his testimony given under coercion with captain Bói, Pálocska cited him to give a testimony to the headquarter in Teve street, where they all three met. This means that the witness was not cited properly, but by another witness of the prosecution via phone. Moreover, it was found that his incriminatory testimony was recorded with false data of the interrogators - besides police captain László Bói, another interrogator presented, however his name was not mentioned in the related records.

[6] Testimony of Zsolt Balogh, IV. accused, at Kecskemét Tribunal on the Day of the 2nd of October 2012 – Hagyomiklos.com, http://hagyomiklos.com/en/content/testimony-zsolt-balogh-iv-accused-kecskem%C3%A9t-tribunal-day-2nd-october-2012