Who are the main protagonists taking advantage of the case? 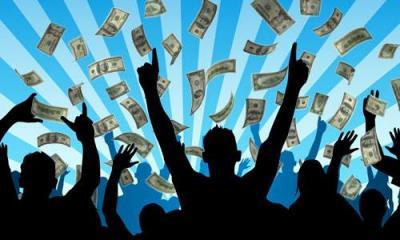 So the ones who performed major roles in blackening the BKV-case were rewarded?

Exactly. Police officers, lawyers, prosecutors and judges acting according to the related political interests were awarded, despite the fact that they had committed – gently saying -“professional mistakes”.

After the events, György Pető was given two assignments, am I right?

Yes, you are. In October, 2010 he obtained leading positions at the newly established Budapest Security Office (FBI) belonging to the Lord Mayor’s Office and at the Budapest Maintenance of the Public Places (FKF). Since the municipal elections taking place in fall at Tarlós’s request Pető as the director of the FBI has been supervising the counter corruption activities of the firms and companies belonging to the local government, such as FKF. The improvement of the security of Budapest, the protection of its wealth and “the control of any corruption experienced at the economic companies or any other course of action causing damage to the city” are among the responsibilities of FBI. Putting it sarcastically, Pető became the sheriff of Budapest. Currently György Pető works together again with more of his ex-colleagues fostering strong relationship with the police and the secret service, such as Ottó Halász conducting Hagyó’s interrogation.

Where did Ottó Halász and Pető work together again?

Since fall of 2010 at the Budapest Maintenance of the Public Places Ltd. (FKF) an elite 30 member security board has been working, of which Ottó Halász[6] became the deputy team leader. Among the members we can find 7 ex economic protection investigators of BRFK (some of them took part in the investigations against the public utilities of Budapest in 2010), 3 of them worked for the National Security Office, and two of the board members were employed by the NAV (National Tax and Custom Administration Office), finally there is also a professional having worked at the then Information Office.

Did Gábor Tóth initiating the investigation in the case stay in the team?

Tarlós needed Gábor Tóth, ex Police Chief, as well. He was appointed as the supervisor of a public security working group at the Municipality of Budapest by the Lord Mayor – there Tóth can work together with more of his ex colleagues and police higher-ups on professional programs involving crime and accident prevention and other regulative concepts in which both the capital and the police will take actions with the necessary and appropriate support.

Besides the state orders, István Szabó was rewarded with appointments and awards by the Orbán government – it is quite a challenge to list: in the summer of 2010 he became the president of the Supervisory Board of the state owned Szerencsejáték Ltd., the delegate of the KDNP (Christian Democrats People’s Party), the coalition partner of the Fidesz in the National Election Committee, member of the execution board of the Tettye Forrásház Ltd., co-president of the Ethical Committee of the Hungarian Water Utility Association (MaVíz), finally he was awarded with the Officer’s Cross of the Order of Merit of the Republic of Hungary by Orbán. Most of his orders related to companies takeovers of which István Szabó played a leading role in. In 2013 he became the member of the supervisory board of the Hungarian Development Bank, and since 2013 he is an invited lecturer at the Department of Water Public Utility at the Budapest University of Technology and Economics.

Did the prosecutors benefit from the case?

Yes, they did. Imre Keresztes, the Chief Prosecutor of the High Prosecutor’s Office of Central Investigations, was awarded with the Order of Merit of the Republic of Hungary, Commander’s Cross “as the acknowledgement of his productive prosecutory and executive career, furthermore his achievement in investigations conducted in cases of complicated facts, which attracted the interest of the public and their legal assessment was complex.” Prosecutor György Győri became the chief-deputy prosecutor of the Prosecutor’s Office in district XI and XII. Katalin Vámos Dr Szabadváriné dr,[7] chief of the Department of Special Investigation, after bringing prosecution in the cases of the public utilities became István Tarlós’s chief advisor with a competitive salary and other benefits. She took this position, however, by the name of her husband, giving the impression that she aspired to conceal her earlier activities, understandably. Szabadváriné’s effort is acknowledged with “numbers” as well – employees in the team working directly under the Lord Mayor are awarded with competitive salary and other benefits. What is more, since her employment - besides her 800-thousand-forint-salary - Szabadváriné has received quite a high premiums more times a year. In 2013 having been hired for only a couple of month she received a premium of 800 thousand forints, and later in the same year a premium of 900 thousand forints. In 2014 she pocked a premium of 500 thousand forints from Tarlós.

Has it brought the benefit for Judge Szívós who had approved the pre-trial detention in the BKV-case?

Of course, it has, despite the fact that Strasbourg agreed that Szívós had committed professional mistakes in relation to the BKV-case. In June 2011 the two-thirds Fidesz parliament appointed her to be the member of the Constitutional Court. Thanks to her appointment she managed to avoid her retirement, which would have become due in months. Actually with the abolition of the retirement age limit for the constitutional court judges she gained four years and a salary of 66 million forints. As a result of the above even during the elections in 2022 she will be in the position to add her requirements to all the important constitutional court decisions.

[2] Information network from the leaders of capital companies? – Hagyó Files