Is the public media biased towards the BKV-case? 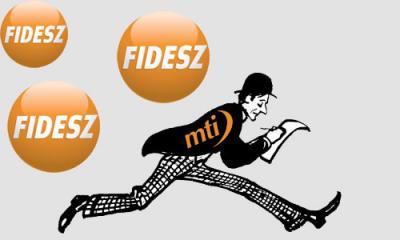 The government of Fidesz passed the new press and media act. In the Media Council established under the new act there is no a single member who could be supposed to be in favour of the independent press. Although, it is the main responsibility of the MTI [1]to provide the press with the latest and objective news, in the communication having been provided by them in relation to the BKV-case important bits of information have been lost. In most of their reports the focus is more on the details of the older testimonies which have already been unsaid in most of the cases. At many points they have penned briefly and ambiguously, furthermore their titles have not reflected accurately the events took place during the trials.

Has the public media given up being independent?

The new press and media act issued by the government of Fidesz and the omnipotent Media Council elected for 9 years provide this impression. Since its being passed the act has been heavily and justifiably criticised both at a nationwide and an international level.[2] Negative opinions have been expressed worldwide on the current status of the Hungarian democracy and “freedom” of the Hungarian media by the leading newspapers,[3] diplomats and political organizations.

Who have criticized the work of the government and the new press and media act?

Among the newspapers voicing their concerns are The New York Times,[4] the Washington Post.[5] Also concerns have been expressed by diplomats in high positions[6] such as the Deputy State Secretary of Foreign Affairs of the US.

Which element of the new act is the most subject to criticism?

It is the fact that the media sector is under the full control of the Media Council consisting of Fidesz followers: they decide about the assignment of the frequencies, they control the content in the whole media, they impose fees and charges, furthermore they specify that the news-media can report only news issued by the state controlled MTI. And predictably the state news agency (MTI) rarely issues news on any criticism against the government – just let’s remember the “retouch scandal”.

What are the consequences of this political bias?

Thanks to their bias the reports of MTI – involving the ones on the BKV case - often lack important facts and details or they exaggerate if necessary. Since MTI is the only official source of the information the different media take over not only the news but the biased attitude as well. In the news issued by the MTI the focus is placed according to the interest of the Orbán-government – they exaggerate or leave room for ambiguity in order to cast the most favourable light on the government. In such a spirit it could have happened that important details of the Hagyó-case have been concealed by the MTI.

What details of the BKV-case have they “forgotten about”?

Although in many case they issue detailed reports on the events of the trial, the agency is typical of penning briefly and ambiguously, furthermore detailing on testimonies being unsaid. They only refer to – or occasionally even omit - the details of the latest testimonies which are in complete contradiction with the ones given previously. They have continuously failed to mention that Miklós Hagyó and his mates have criticised the work of the prosecution many times since the indictment had been issued without involving experts. Furthermore, more times they have made complaint that the prosecutory authority held certain documents back during the document transfer. In many cases the agency detailed on the testimonies given in the investigatory phase and they just touched on the unignorable fact that most of the incriminatory testimonies had been unsaid or modified.

Unfortunately, they did not. The MTI did not detail[7] on the circumstances under which the testimonies had been given, although before the court the accused one by one reported that they had given their incriminatory testimonies – even against Ferenc Gyurcsány – as a result of police coercion, threatening, blackmailing and as an exchange for their freedom.

But they must have reported on Balogh’s unsaying his earlier testimony?

From the perspective of the lawsuit the most considerable piece of news was Balogh’s unsaying his earlier investigatory testimony on the Nokia-box, which had provided basis for the BKV-lawsuit itself. Although the agency reported on the event they wrote on Balogh’s new testimony given before the court quite ambiguously.

[1] They didn’t inform me about serious elements – Hagyó Files

[5] An interview with Viktor Orban, prime minister of Hungary – The Washington Post

[7] „Liberty of the press” in Hungary, so MTI's prejudicial with the Hagyó-case – Hagyodomiklos.com