Are there any cases related to Miklós Hagyó which were closed? 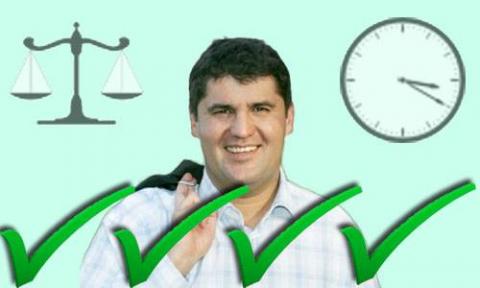 In spite of the obvious partiality four cases related to the Magic-box were closed. It was proved before the court that in the pre-trial detention Hagyó did not commit falsification of private documents related to his registered partner’s visits. Related to the lockup of his wealth the court decision was made in his favour. The investigation initiated based on the report made by the State Audit Office was dropped, furthermore the Court of Human Rights in Strasbourg decided in Hagyó’s favor against the Hungarian state in connection with the conditions of his custody.

How many proceedings have been closed in favor of Hagyó?

Why did the State Audit Office press charges against Hagyó?

In June 2010 shortly after Hagyó’s being accused the State Audit Office [1] conducted a so-called overall review at the Municipality of Budapest. Among others, the State Audit Office reviewed the contracts of services made with persons not employed by the Municipality of Budapest and the service fees paid to them. As a result of the review the State Audit Office pressed charges – among other – against Hagyó in connection with two contracts, furthermore they also drew the police’s attention to a third contract which they found suspicious. Based on this report on August 24, 2011 Hagyó was suspected of breach of fiduciary duty in connection with all the three contracts.

Why was the investigation dropped?

On July 23, 2012 in the absence of crime the investigation was dropped based on the decision made by the Department of Economic Protection of the BRFK – this decision was neither changed nor invalidated at the complaint of the State Audit Office. In one of the cases Hagyó turned to Strasbourg for remedy.

In which case Hagyó turned to Strasbourg?

Hagyó turned to[2] the European Court of Human Rights to find remedy for the unacceptable circumstances of his custody in September 2010. According to the submission authorities keeping him in custody violated the European Convention on Human Rights in more articles, such as the right to liberty and security, the prohibition of torture, the right to family, the right to remedy – since the investigatory documents were not made available for his lawyer and as a result his lawyer had no chance to refute the legality of his custody – and last but not least the principle of equality of arms.

Did Strasbourg decide in favor of Hagyó?

Yes, they did. Strasbourg decided[3] in Hagyó’s favor as they missed the data indicating the danger of escape – to which they had referred when keeping Hagyó in custody for 9 months. The final judgment confirmed[4] that the danger of escape was not actual. During his custody, Hagyó had to face other unfair treatments when he was charged with falsification of private documents.

Why did they charge Hagyó with falsification of private documents?

Hagyó authorized his registered partner to act as his legal representative.[5] However, according to the prosecution Hagyó committed the crime of falsification of private documents when he submitted the authorization in which he referred to his registered partner as his legal representative, since he abused the document with false content in order to meet his registered partner in more favorable conditions. For this very reason during his pre-trial detention he was also charged with crime committed in prison. Pleading falsification of private documents the prosecution could request for the prolongation of Hagyó’s pre-trial detention in 2011. However - as it was later established by the court of first instance – in civil cases the prisoner can authorize his/her relative to act as his/her legal representative.

Why was this additional prosecution necessary?

On one hand the charge of falsification of private documents provided further reason for prolonging Hagyó’s pre-trial detention.[6] Also, this unfounded prosecution was enough to cast further aspersions on his name in the public opinion and deprive him of the opportunity of visits made by relatives. In addition during the pre-trial detention his wealth was locked up.

Why Hagyó’s wealth was locked up?

In the finish of the election campaign in 2010 the right wing media shocked the public with the news that Miklós Hagyó had begun saving his wealth when he had been gifting his relatives with some of his assets obtained before his political career. In the middle of the fuss until a certain point the courts shared the same opinion and in December 2011 they locked up a part of his wealth. According to the prosecutor’s office it was reasonable to lock up the politician’s and his family members’ wealth since the suspicion was growing that it had been obtained in a “sinful” way.

Was it implied that Hagyó’s “sinfully obtained” wealth sourced from the BKV contracts?

No, it was not. And this is actually the most surprising point in the prosecution’s reasoning. Neither in the investigation phase nor after the prosecution was brought anybody has ever stated that Hagyó would have obtained financial advantage of the BKV contracts.

Did they release his wealth?

Yes, they did. The court arrived at the conclusion that Hagyó had obtained all the pieces of his wealth in a legal and verifiable way, therefore the lockup of the properties given away to his relatives was fully released. Also, they changed the justification why they had kept a part of it under lockup.

[5] The Official Acquittal: The Summary of the Legal Proceeding against Miklós Hagyó and Others in Relation to the Alleged Forgery of Private Documents – Hagyomiklos.com