When did BRFK start the investigation? 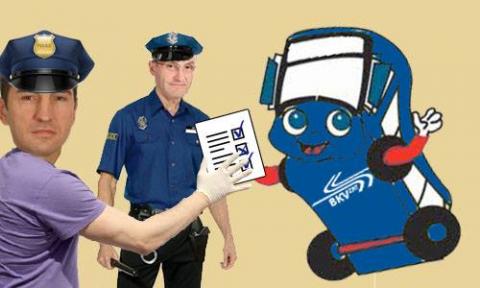 Although there were no condemning investigations at BKV before 2008, BRFK entered the campaign in 2010. One day after Hagyó resigned from BKV’s supervisory board Gábor Tóth police chief informed the transporting company about continuing criminal procedure. Police initiated the arrest of Szalainé 90 days prior to the elections and kept on accusing BKV persons.[1] The investigation landed in the hands of Hagyó’s former political rival: György Pető used his position to recruit managers of some companies owned by the capital before the municipality elections, who were supposed to be informants to the police.[2]

There were really no condemning internal investigations at BKV?

Really there were not. Two internal investigations stated in 2008 that all the contracts of the affected period are ok. Supervisory Board accepted the investigation of the Internal Supervisory Department on October 16, 2008 with respect to that those reports contained the entire advisory circle and there were no ascertainments that would have requested further steps to take. The general meeting of 2008 accepted Zsolt Tiba’s report (capital clerk) with the attachments which were reports on the contracts[3] between BKV and AAM Zrt.[4]

Consequently, there was no basis but BRFK started to investigate?

Yes, they did so. Gábor Tóth police chief at that time started an investigation against BKV on September 1, 2009 – one day after Hagyó resigned from the supervisory board – in connection with the advisory contracts. He informed István Kocsis, general manager of BKV Zrt. about the pending criminal procedure. He asked Kocsis in a letter to support the investigation and send lists about suspicious advisory companies.

Did BKV send these lists?

No, it did not. They did not have even time for that. BRFK sent another letter on September 16, to the legal department of BKV with an attached list containing companies and private persons which and who might have been affected with misappropriation.

Which companies were indicated on that list of BRFK?

It is more interesting that which companies were not indicated on that list.[5] The press snatched another BKV-case on September 3, 2009. It was revealed that a company previously held by the advisory of Gordon Bajnai prime minister won a contract of HUF 315 million from BKV for three years. This company attached to Bajnai however was not on BRFK’s list which was questioning the equality of the accused companies and Bajnai’s one.

What does it mean that “BRFK enters the campaign”?

It refers to the “accidental” arrest of the first accused of BKV-case 90 days prior to the elections. BRFK led by Gábor Tóth initiated the arrest of Eleonóra Szilágyi Szalainé HR director on January 7, 2010. The information board on the website of BRFK said that more interrogations are to come.

Police arrested Éva Horváth on January 9, 2010, former spokesman of Hagyó. [6]Investigators took her away from her home in the morning and let her go around 11:00 after the interrogation.[7] Tibor Zelenák was accused on January 2, who was a communication manager.[8] Miklós Regőczi former and Tibor Bolla deputy general manager at that time were interrogated as accused.[9] It was suspected that Zsolt Balogh former accredited general manager would be the next.

When did the general managers take their turn?

Police occupied the seat of BKV in the seventh district again, on January, 26. The duty press of BRFK mentioned that they went to Akácfa Street in connection with the investigation. During the perquisition the investigators collected all the advisory contracts signed by Balogh and Antal. Police took Attila Antal in custody at that day with the suspicion of misappropriation. He had been appointed as general manager of BKV in 2006. ATV media published for the first time – with reference to a police informant – on January 30, 2010 that both Antal and Balogh took incriminating testimony against Hagyó.[10]

Did the police keep on arresting and incriminating in February too?

Yes, they did. BKV-scandal had another three new accused on February 3, 2010. BRFK investigators interrogated Ernő Mesterházy (chief advisor to Gábor Demszky Mayor)[11], László M. (manager of a communication company) and György Tóthfalusi (SZDSZ chairman to the BKV management). Furthemore, police interrogated Miklós Regőczi, Tibor Zelenák and Éva Horváth too. Mesterházy, Zelenák and Regőczi were taken in custody at that day. Hagyó was taken in custody on May 14, 2010 when his immunity expired together with Éva Horváth and Ottó Lelovics.

The right-hand of Tarlós (Mayor), György Pető was appointed to manage the case.[12] Pető had been started to work at BRFK deputy of economic crimes as a retired since the end of 2009 and was dealing with the abuses at the Capital’s public utility companies. Thanks to him and his informants investigations took place regarding suspicious cases at FKF, Főtáv and the spa companies of the Capital.

… Or sneaks if you like. That is to say Tarlós started to operate a workgroup which was organized by Pető. The aim of this workgroup was to make Mayor from Tarlós in 2010.[13] Its members were politicians, Capital’s companies’ managers and officers. Pető – when he was working for the police – recruited the members of this workgroup as informants to the police before the municipality elections. His past as a communist agent and spy was a great help.[14] Anyway his sneaks were recorded officially as joint connections.

But why is it interesting that Pető managed Hagyó’s case?

During the internal fights of MSZP Pető was considered as enemy to Hagyó. Pető’s past lights the evidences of BKV-case from a new aspect. That is to say that the substantive part of the investigation started with Pető by the end of the summer of 2009 with the arrest of Szalainé. Some predicted at that time that Pető could have caused the end of Hagyó.