Did Miklós Hagyó admit the charges against him? 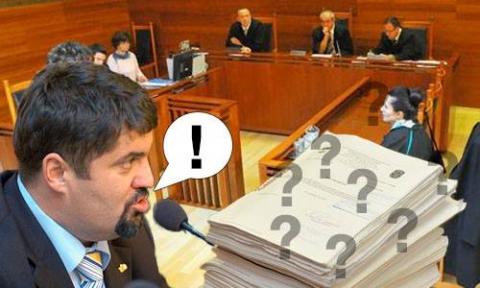 The moment when Miklós Hagyó gave his testimony before the Court of Kecskemét was waited for impatiently by the media and the public as well. In his testimony Hagyó rejected the charges brought against him including the Nokia-box related statements. Moreover he drew the attention of the court[1] to more inaccuracies in the indictment. In the indictment more dates are inexact and it was compiled without questioning him or other executives involved in the case about the Nokia-boxes during their pre-trial detentions.

Why did not the indictment fulfil the formal requirements?

The crime of bribery and blackmail described in Count II of the indictment is too general; also it fails to refer to the exact location and time of the delivery, in other word the situational elements necessary for the concretization are missing from the document. Therefore the charges against Miklós Hagyó which are related to the Nokia-box do not fulfil completely the requirements of the legal criminal procedure, which would ensure that the prosecution be brought only based on proven and concrete facts of the case filed accordingly in the Indictment. However, there are issues concerning the provability of the indictment, as the interrogatees reported the influence [2] of the investigatory statements.

Plea bargain or the practice of authority pressure took place?

It is difficult to tell. However it is important to note that due to the nature of a plea bargain the requirement of no undue influence simply fails for this very reason it is questionable if it can be considered as relevant evidence with the same value as any other testimony without bargain. One thing is for sure, the accused involved in the BKV case unsaid their testimonies after each other, and before the court they reported that previously they made their incriminatory statements with false content under coercion and in exchange for their release. The fact of Balogh’s contradictory statements also makes the provability of the indictment questionable.[3]

Why is it an issue that Balogh’s statements are contradictory?

The issue is that they brought the prosecution against Hagyó referring to these contradictory statements, without citing any other evidence. According to the current Prosecution Act if the defendant’s statement differs from the one made previously the reasons behind the difference(s) should be clarified. However this clarification failed to happen – and as a consequence we cannot talk about reasonable prosecution. Besides his contradictory statements, Balogh failed to recognize the witness named by him earlier.

How come that Balogh could not recognize the witness mentioned by him?

Balogh stated that in Gödöllő at Hagyó’s girlfriend’s place, in the woman’s presence, Hagyó aggressively instructed him to deliver 15 million on a yearly basis. However, during the investigatory phase more times the picture of Krisztina T. was shown to Balogh who he failed to recognize Hagyó’s girlfriend in her. The conclusion can be drawn that Krisztina T. was in the other room. Taking Balogh’s poor memory into consideration Hagyó might be right that her girlfriend tells the true when she states that the discussion in question happened politely and peacefully instead of aggressively and authoritatively.

All of these mean that there is no evidence for existence of the Nokia-box?

Besides the statements which fail to fulfil the related formal requirements and which were also unsaid before the court, there is no further evidence. Taking this into consideration it is understandable based on what the prosecution filed Count II against Miklós Hagyó. Why was a man whose guilt was not proven to any extent kept in pre-trial detention, mired and exposed to the misinformed and misled public?

[1] I. Defendant I Miklós Hagyó's Testimony Given to the Kecskemét Tribunal – Hagyomiklos.com

[3] The legend of the Nokia-box and the pure truth – Hagyomiklos.com