What decision was given at first instance? 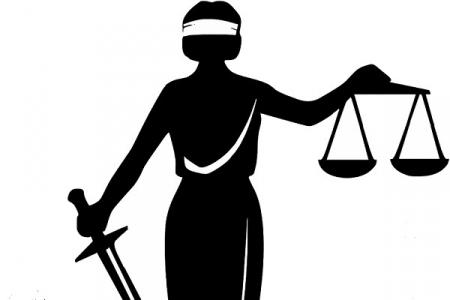 After the prosecution admitted that they had committed mistakes and the charges related to the Nokia-box had been dropped, Hagyó was imposed two-year suspended sentence. However, he was not found guilty in connection with the Nokia-box and the metro line 4, furthermore the charge of being involved in criminal organization was also dropped. Since the ex Deputy Lord Mayor is still pleading his innocence the responsible defence lawyers have appealed the decision and the case goes to the court of second instance.

What were the antecedents of the decision?

The last witness was heard in September, 2015 in the BKV case. However, even after the case took more unexpected turns.[1] In the last moment the prosecution amended the indictment again basically eliminating the count related to the Nokia-box.

Was the Nokia-box deleted from the indictment?

Why did they get rid of only one Nokia-box?

Indeed, it is quite a strange modification of the indictment, since the charges of both the Nokia-boxes were brought based on the same – later being withdrawn – statements and the prosecution arrived at the conclusion that neither of the charges can be proved. The prosecution failed to provide any logical explanation for the modification. Their act can be put down more to the must to stick somehow to the Nokia-box becoming symbolical by that time. The one times 15 million forints was left untouched in order to maintain the façade. Additionally, one month after the amendment of the indictment, the accused who had broken the BKV-scandal was acquitted.

The accused who had broken the BKV-scandal was acquitted?

Exactly. Almost six years after the case was initiated, on the 27th of October, 2015 the prosecution initiated Eleonóra Szalainé Szilágyi’s – who became famous for the scandal over the severance payments made by the BKV - acquittal of the charges. (She was the former Director of Human Resources of the BKV, she became famous for leaving the company with a severance payment of 86 million forints – basically the BKV-scandal broke with this specific case.

Why did the prosecution make the decision?

The decision might have been influenced by the fact that some months earlier Szalainé won a labour suit non-appealably - her acquittal by the criminal court would have followed from this decision as a direct consequence. So, if the prosecution did not acquit her, it would have resulted in loss of prestige for them. This was something that they could not afford after they already admitted once that they had committed mistakes.

Did the prosecution admit that they had committed mistakes?

Yes, they did. At the end of the series of the related trials, on the first day of the prosecution’s pleading Prosecutor János Homonnai admitted that the investigatory authority had committed mistakes in the procedure as a result of carelessness.

What exact mistakes did they commit?

First of all the charges were brought based on Zsolt Balogh’s contradictory statements. Balogh made incriminatory statements on Hagyó under coercion – later he withdrew these statements. However, the latest amendment of the indictment resulted in the elimination of only one of the charges of the Nokia-box. Also, it is worth to remember that during the related investigation the company director from whom the alleged amount of money stuffed in the Nokia-box had come from was not interrogated at all. [2]

More details on the investigation which was conducted unprofessionally and in a highly questionable way, furthermore on the work of the prosecution can be found in box 23, the lawyers of the defendants also drew the attention to the above in their pleadings. It was also pointed out in the defence speech of the first accused why it is impossible that the Nokia box has ever existed.

Was the charge of the Nokia-box attacked in the defence speech?

Yes, it was. Hagyó’s lawyer, András dr. Kádár tore apart the charge in his defence speech. Watching the video made in the trial room it also becomes obvious that the Nokia-box stuffed with corrupt money cannot be more than malarkey.

What did Hagyó say by the right of the last words?

The ex Deputy Lord Mayor denied his guilt by the right of the last words: “In the last six years I have done my best in order to clarify the case and find out the truth”…”Time and truth are ones of the good friends…finally the truth has been revealed.”

What decision did the court announced at first instance?

Hagyó was imposed two-year suspended sentence for abuse of authority and breach of fiduciary duty as inciter. However, he was found guilty of only one single count of the four ones having been brought against him.

Was he found not guilty of the three more serious counts?

No, he was not. Hagyó was not found guilty in the counts related to either the Nokia-boxes or the mafia. [3]

According to the court decision the Nokia box never existed?

Yes, that is right. The court decided in Hagyó’s favour: the legendary Nokia-box never existed.[4] According to the point of view of the court the breach of fiduciary duty could not be established based on the prosecutory submission. In other words it could not be proved that the Nokia-box stuffed with corrupt money had ever been delivered. Finally, the most emblematic attempt of Fidesz to call to account failed.

So, Hagyó was not the mafia boss, right?

Was the contract related to the metro line 4 necessary?

According to the court the services provided to the BKV by the AAM Ltd in relation with the metro project were not needless. It was proved that the related charge was also a well-designed malarkey – the prosecution failed to present any related and solid evidence.

In which count was Hagyó condemned?

Hagyó was condemned in one single count which was also based on Zsolt Balogh’s contradictory statements. Hagyó was found guilty in connection with the C.C. Soft Ltd responsible for the development of passenger information system of the Szentendre suburban railway. According to the court decision Hagyó instructed Zsolt Balogh to pay the contractual amount before the final implementation of the new system –with this act of his he committed breach of fiduciary duty and abuse of authority.

Did Hagyó appealed against the decision?

Yes, he did – the former politician is pleading not guilty of the count related to the C.C. Soft Ltd. His lawyer stated: “The court decision is favourable for us but not optimal.” The prosecution requested a minimum of 10-yers imprisonment for Hagyó. However ,the one who is pleading not guilty cannot be satisfied with a suspended sentence.