Why was the BKV lawsuit reassigned – twice – to Kecskemét? 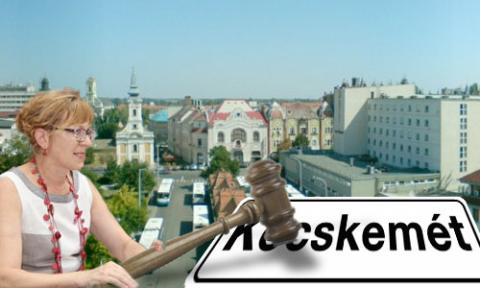 The new Fundamental Law of Hungary granted Tünde Handó, president of the National Office for the Judiciary, the right to (re)assign the BKV-case to the Court of Kecskemét famous for giving unreasonably severe court decisions. According to the plans the judgement would be passed in the peak period of the campaign, 2014. The plan itself failed, however the BKV-case resulted in a “legal horror story”. Although the Constitutional Court stated that the reassignment of the case violated the law, the courts involved began passing the BKV-case to each other until it finally got back to Kecskemét again.

Was the possibility of the reassignment of lawsuits involved in the law because of the BKV-case?

Possibly, it was. The investigations in the BKV-case were already ongoing, when in 2011 the pro-government two-thirds of the parliament defined the term “case with high priority” in the Criminal Procedure Code. The related legislation made it possible that cases with high priority be assigned to a court by the responsible Prosecutor’s Office or referring to workload the president of the court could drop these cases. Since the Constitutional Court prevented that the Fidesz related Péter Polt, Chief Prosecutor, could assign the case to a court, another solution was produced.

What was the final solution to have the BKV-case reassigned?

On December 31, 2011 the parliament with Fidesz majority accepted the temporary regulations of the Fundamental Law. These regulations opened up the opportunity for Tünde Handó – the Fidesz related EP member, József Szájer’s wife, president of the National Office for the Judiciary - to reassign the BKV-case.[1]

Was the reassignment of the BKV-case so urgent?

Yes, it was. When in January of 2012 “Orbán’s court” began its activity, on the 5th Tünde Handó appointed Sándor Fazekas as the president of the Municipal Court of Budapest. The indictment of the BKV-lawsuit was received by the Municipal Court of Budapest on January 11, 2012 according to the filing stamp – a couple of days after his appointment, on January 17 Fazeks did not fail to take the advantage of the opportunity offered by the new regulations and he proposed the reassignment of the case to Handó with exceptional immediacy. Shortly after the court announced that the reassignment of the BKV-case to another court had been initiated although the related regulations lacked the set of requirements based on which such a decision could have been made.

Was the BKV-lawsuit reassigned without existing official set of requirements?

Yes, it was. According to the information available at the site of the National Office for the Judiciary Tünde Handó issued the presidential[2] proposal on the set of requirements defining the exact process for reassigning the related cases on February 20, 2012. Despite the lack of the exact legal process for reassigning, on February 16 she did make her decision on the reassignment of the BKV-case without the possibility of legal remedy.

To which court was the case reassigned?

Tünde Handó assigned the case to the Court of Kecskemét for hearing. According to the notification of the court the lawsuit should have been settled in 18-24 months – meaning that the judgement of the court of the first instance was supposed to be delivered in the peak period of the municipality election campaign. Actually, it was not the first time when a procedure conducted by the Court of Kecskemét was scheduled according to the campaign interest of the Fidesz.

Was the suit reassigned to Kecskemét because its court is politically biased?

It is a fact that earlier, in March 2010 – right in the peak period of the parliamentary election campaign – the same court passed the judgement in the first instance in the case of János Zuschlag. Moreover, besides Handó, other Fidesz related politicians’ relatives are involved in proceeding of the BKV-case. Szabolcs Sárközi’s, the court spokesman’s father is a Fidesz related politician in Kecskemét. Following Zuschlag, Hagyó’s case was also taken by the Court of Kecskemét.[3] To the journalist’s question “what measures are taken in order to avoid any signs of bias” the following answer was received at the press conference of the Court of Kecskemét: “No measures will be taken at an executive level – neither the president of the court nor any other court member in chief position can influence the decision made by the responsible judge (...) The executives’ responsibility and ability is to ensure that the case is going to be judged in reasonable time. The responsible judge is completely independent and his decision is made according to the current legislation, his own conviction and conscience.”

But what was the official reason given for reassigning the lawsuit?

According to the official justification the reassignment was necessary due to the workload experienced by the previous court. Thanks to the its high volume of cases the court could not ensure the due trial of the case involving the ex socialist politician within the time frame defined in the law. This justification, however, became questionable when it turned out that the rate of the cases with high priority is 60 percentage at the Municipal Court of Budapest while it is 56 percentage at the Court of Kecskemét – meaning that Tünde Handó won only four (!) percentage point with her measure.

Did the reassignment of the case cause indignation?

Of course, it did. Tünde Handó and the new regulations issued by the National Office for the Judiciary were heavily criticized for the right of court assignment. The Hungarian Helsinki Committee and the Society for the Human Rights found that the regulations – which made it possible for the president of the National Office for the Judiciary to assign a court different from the one authorized by the law to proceed - gave cause for concern and they failed to meet the requirements for fair procedure. Also, they recommended the president to reject any further requests for reassignment.

Did Hagyó and his co-defendants try to fight against the reassignment?

Yes, they did. In relation with Tünde Hagyó’s decision Hagyó and his co-defendants turned to the Constitutional Court and the European Court of Human Rights. According to the related submission the reassignment of the BKV-case violated their right to a judge by law, their right to legal remedy and the requirement of impartiality.

How did the Constitutional Court react?

Was Hagyó presented himself when the president of the National Office for the Judiciary was heard by the Constitutional Court?

He intended to do so. However, the publicity of the hearing was requested in vain by the lawyers of the BKV-case. The hearing took place behind closed doors and excluding both the involved ones and the public as well – despite the objection raised by the Eötvös Károly Institute[5], the Hungarian Helsinki Committee and the Society for the Human Rights. According to them the hearing conducted in a closed session[6] violated the publicity of decisions made my public authorities, the right to the free access of public information and the principles of fair trial. Ignoring their objection the records of the hearing were classified[7] as confidential for 10 years by the Constitutional Court. Finally, Mária Szívós [8] and the rest of the constitutional court judges needed more than half a year[9] to make their decisions.

The Constitutional Court was thinking for more than half a year about something that they had already decided on?

Yes, it was. On December 2, 2014, after 224 days passing, the Constitutional Court stated it again that the reassignment of the lawsuit violated two requirements of the fair trial – namely the right to judge by law and the right to unbiased court. Besides, they also violated the constitution when they failed to ensure the opportunity of legal remedy against the decision on the reassignment. The Constitutional Court found the related regulations unconstitutional and violating international agreements - of course with Mária Szívós‘s dissenting opinion. Here, it is important to note that the regulations being invalidated earlier were abolished retroactively by their effective date.

Did the decision of Constitutional Court on the unfair trial influence the continuation of the BKV-case?

According to the statement of the Constitutional Court the case was investigated carefully and extensively in order that its conclusions could be taken into consideration in other on-going lawsuits. For this very reason the regulations being invalidated earlier were abolished retroactively by their effective date. According to the Constitutional Court Handó’s decisions on the reassignment could not have been made, therefore the president of the National Office for the Judiciary should revoke them. However, Handó let the responsible judges decide if the decision made by Constitutional Court had an influence on the related on-going cases. Of course, suddenly all the courts involved considered themselves to be incompetent in the given cases.

Did the courts pass the BKV-case over?

Yes, they did. The “abandoned” BKV-case was being popped between Kecskemét, the Municipal Court of Budapest and the Curia. Referring to the decision of the Constitutional Court Kecskemét decided to give the case back to Budapest – where the case originally belonged to – in lack of competence. The Municipal Court of Budapest, however, interpreted the decision of the Constitutional Court differently, and in its orders it established its own incompetence. With legal terms the decisions made by the courts involved resulted in a negative conflict of competence – in other words certain cases became abandoned. In such a case it is the Curia who is responsible to assign the abandoned case to a court. However, the Curia gave the case back to Budapest as it failed to ensure the possibility of appeal against the order in which the court dropped the case. After this, the Municipal Court of Budapest gave the case back to Kecskemét reasoning that Kecskemét was also supposed to ensure the possibility appeal against its own order made in December. After the appeals took place, the related documents were introduced again to the Curia. The Curia assigned the case back to Kecskemét.

Yes, it was. The BKV-lawsuit continued at the original scene. Despite the fact the Constitutional Court abolished retroactively the regulations allowing for the reassignment of the cases with high priority, the Curia decided that concerning the ongoing cases this fact can be ignored. In case the trial has already opened it does not matter anymore how the case ended up at a given court, what decision has been made by the Constitutional Court – and how many times. So the BKV-lawsuit is continued at the Court of Kecskemét to where Tünde Handó reassigned it based on unclear requirements.

[1] BKV case- are they represented fairly according to the statutory right of the court? - Kádár Éva, November 12th, 2012 – hagyomiklos.com

[7] The Handó record is secret for 10 years – Hagyó Files

[9] So far there is no decision for 150 days – Dear Constitutional Court, the summer holiday is over! – Hagyó Files